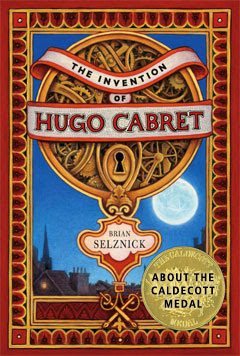 Award winning book: The Invention of Hugo Cabret
I love fantasy and fairy tales – I’m one of those adults who borrows my friends’ children to see the likes of Lord of the Rings, Harry Potter and Disney remakes on the big screen. I write children’s books, poems and stories, and have an abiding respect for the genre.

So the release of Martin Scorsese’s holiday blockbuster, Hugo, found me ready to be transported to the wondrous world of suspended disbelief, magic and three-dimensionality.

Even from the eye-popping opening scene, resplendent with its animated, cinematic sweep through the streets of 1931 Paris and into the heart and mechanics of the train station clone of the magnificent Gare du Nord, I sensed a mental ‘white noise’ – perhaps an overstimulation of the visual cortex that instantly interfered with the essential heart of this story. And it is story that desperately strives to touch our hearts – should touch them. 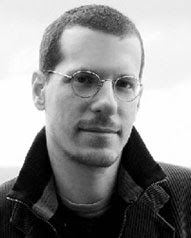 Scorsese’s Hugo does not render the true dimensionality evoked by The Invention of Hugo Cabret, the source of this film, written and illustrated by New Jersey native, Brian Selznick. While his five hundred plus page book is impossible to classify, told as it is in words with nearly three hundred pages of illustration, the illuminated epic releases the imagination by slowly and dazzlingly unfolding in true storytelling style. Scorsese kowtows to technology.

Storytelling on film is always a challenge. Who thought that Peter Jackson would be able to take Tolkien’s epic and translate just the right elements to arouse the wonder of Middle Earth? But he did. And even with various directors, the Harry Potter series shares the same critical accolades. Storytelling hinges on character development and identification. For Hugo to succeed at its most elemental level – engaging our hearts – we need all of our senses working in tandem. Although each of the film’s disparate parts are fascinating, even excellent, the film story just never gels. Wiz bang 3D effects, stunning camera work, great story line, and excellent acting simply don’t combine as one cohesive, charmed movie confection. Our hearts are never fully engaged.

As is proper for a fable released at a season known for productions of redemption, such as A Christmas Carol, Miracle on 34th Street, or the ever popular, It’s a Wonderful Life, Hugo simply doesn’t evoke the requisite passion. Instead of magic Hugo verges on maudlin.

It is hard to pinpoint what renders the film so flat – filled as it is with such revolutionary visual effects, and themes of love and friendship between individuals and across generations, redemption, purpose, and a tantalizing fascination with the history of film. But Hugo remains a clever special effects film populated by “A” list actors and interesting historical references.

In another childhood classic tale, Pinocchio, the little woodenheaded puppet is touched by Blue Fairy’s star-tipped wand and turned into a real boy. In Hugo, the “real” boy is touched by Martin Scorsese’s wand and rendered as much an automaton as his mechanical movie friend. Ironically, a key to this tale is a heart shaped key and the connections it unlocks. Scorsese needed a better locksmith for Hugo.