Gigi’s birthday is coming up – please let him know you’re thinking about him, he has had a tough year with the loss of his beautiful wife Barbara. So please email Diane for his address and let’s bombard him with birthday cards/well wishes. novakdianem@hotmail.com 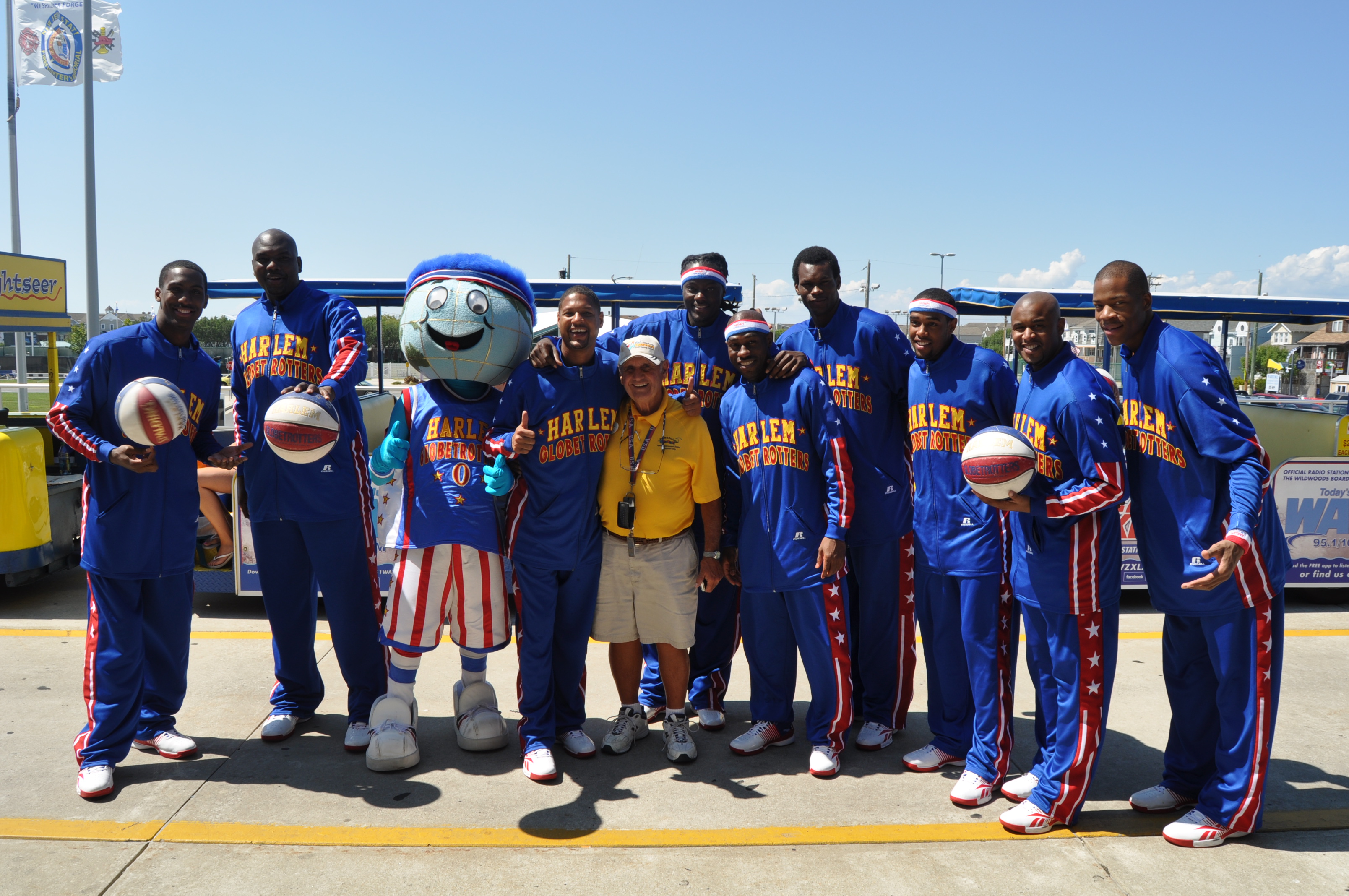 Everybody on the Wildwoods boardwalk knows “Gigi” (pronounced “Gig-ee” with the accent on the first syllable).
Gigi is John Gigliotti, the majordomo of the tramcars, those slow-moving, royal blue and bright yellow little trains whose warning mantra of “Watch the tramcar, please!” is arguably the most famous catch-phrase in New Jersey.
Gigi’s actual title is supervisor and safety coordinator of the “trams,” as he calls them, although their proper name is the Boardwalk Sightseer.

He’s also the friendliest guy on the boardwalk, the perfect man in the perfect job. He comes by his personality from spending 40 years on the old Reading Railroad as a conductor before retiring in 1992.
Bob Ingram actually remembers him coming down the aisle on the Chestnut Hill Local into Philadelphia, smiling and with a good word for everybody while he collected the tickets and punched them.
“Gigi is an indispensable part of the Boardwalk Sightseer Tramcar team,” says Patrick Rosenello, managing director of the Special Improvement District, Management Corporation, which basically runs the Wildwoods boardwalk.
“Not only does he serve as our training and safety officer,” Rosenello goes on, “but he is our primary supervisor and a readily identifiable figure for business owners and visitors alike.”

“I was born and raised in the Poconos in Stroudsburg, Pa.,” Gigi relates. “I left the Poconos when I was 18, joined the Army, and when I came out I got a job on the railroad.”
“I saw these two old railroaders shifting cars at an industrial plant and I saw the caboose attached to the train, and I thought it would be a nice job, so I asked them, and they told me to go to 12th and Market in Philadelphia and that’s where I went and got the job. I moved to Philadelphia and worked on the Reading for 40 years.
“The tramcar job was a miniature scale of what I did all my life, so when I retired, I applied for the job and on the application I put that I was a conductor for 40 years and they gave me the job.” 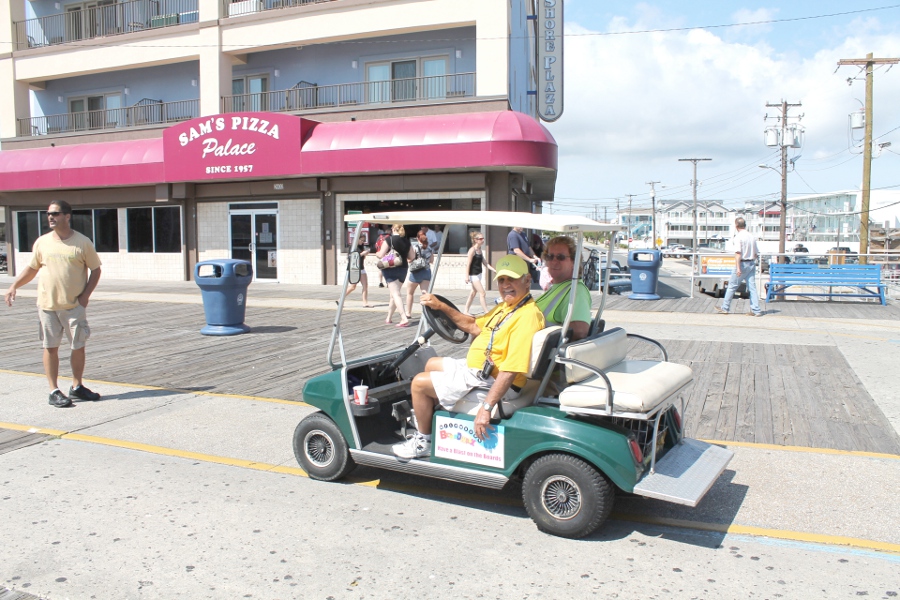 Gigi feels that the best part of his job on the trams “is seeing people every day, and acting as an ambassador by answering questions and helping people out and getting the trams on the road.

Commenting on his role as safety director of the trams, Gigi says that most so-called “accidents” involve someone being nudged or walking too close to the cement tramcar path and being brushed by the elbow of a rider.
Once in a while, when a boardwalker doesn’t respond to the “Please watch the tramcar!” warning, the tram will simply stop and wait for them to come to their senses.

Gigi has the following of a rock star on the boards. People make it a point to check in with him every year on their vacations, and he is also the point man for the school field trips that the Boardwalk Special Improvement District sponsors.