Wildwood would like to recognize its own native Super Bowl star, Randy Beverly. Randy Beverly, (born  April 3rd, 1944), grew up in Wildwood. He attended Wildwood High School, then a college in Trinidad, Colorado, and later attended Colorado State University. He was named high school All-American and graduated from WW High in 1962. He excelled at all sports. At Colorado State, he once returned a kick-off for 99 yards. He was drafted by the New York Jets in 1967 and played cornerback for four years. He was traded to the San Diego Chargers but was waved and picked up by the New England Patriots, where he played for another five years. 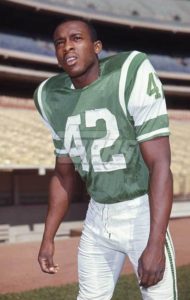 In Super Bowl III of 1969, Randy Beverly played a major role in the team’s 16-7 upset against the Baltimore Colts, making two key interceptions. Beverly was named the Defensive M.V.P. He brought excitement and pride to his City of Wildwood. Beverly and his family reside in Middlesex County, New Jersey, and he attends home games of the New York Jets along with other alumni. 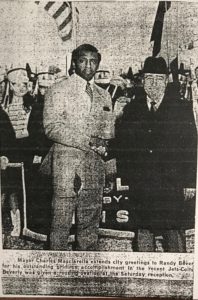 Research and photos compliments of The George F. Boyer Museum of the Wildwood Historical Society