OCEARCH is a data-centric organization built to help scientists collect previously unattainable data in the ocean while open sourcing our research and explorations. Open sourcing and inclusion at every level, and in real-time, allows the world to participate in our projects while being aware of the developing science.

Jane is the first female white shark ever SPOT tagged in Canadian waters. The 10-foot long, 521 lb shark was named her after Captain Brett’s mother. The latest ping was on Nov 5th at 6:33 pm off the coast of Sea Isle City 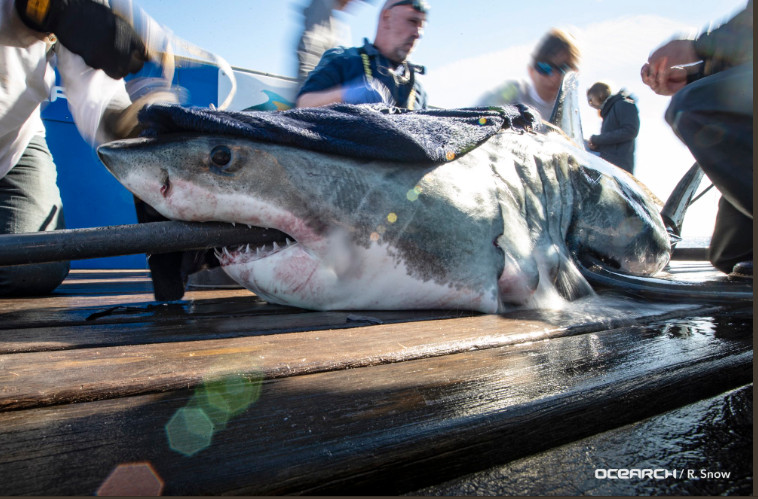 Pico is a Mako Shark, Male 7 ft 5 in. 181.  Pico was tagged by scientists with the Harte Research Institute’s Center for Sportfish Science and Conservation at Texas A&M University-Corpus Christi. “Pico” is named by Patrick Carson. The latest ping was on Nov 4th at 19:26 pm off the coast of Long Beach Island

Singles You Up is a White Shark, Female – 5 ft 68.6 lb. A baby shark named after the debut single by country music singer Jordan Davis.   The latest ping was on Oct 22nd at 5:45 pm off the coast of ocean City, Maryland.

For more info and a cool shark tracker go to www.ocearch.org