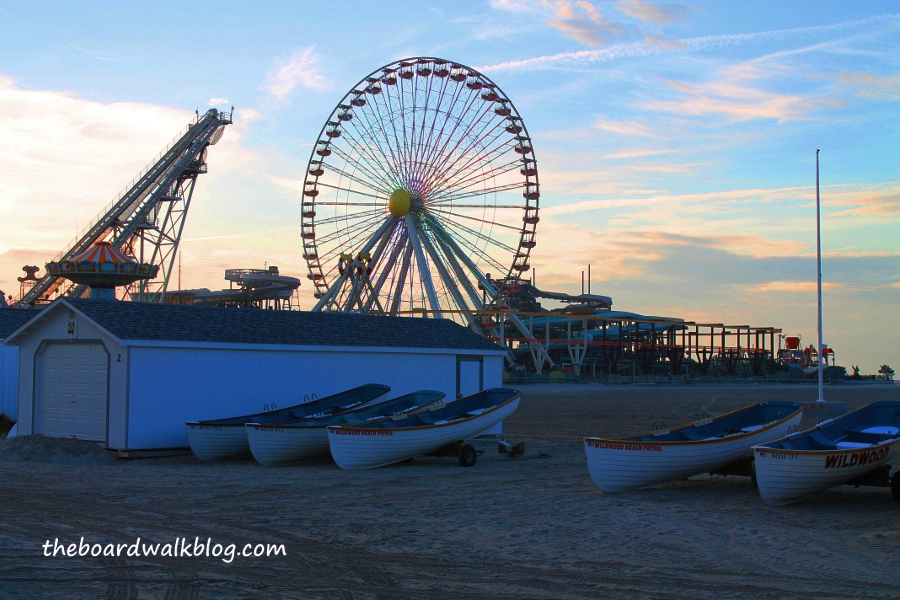 I have been taking photos of the Ferris Wheel for years, sometimes with a sunrise, sometimes stormy and sometimes in the snow. So one day I read about a photographer Mark Hirsch. Hirsch had actually spent 19 years driving by his tree without a thought, and it wasn’t until a fellow photographer challenged him to try his hand at the iPhone camera that he began his over 365-day photo journal of the Tree.

So it began, the growing relationship between a man and a Ferris Wheel. That day I decided that I would post a photo pf the big wheel every day for 365 days. I shot some great photos in August of 2013 with the summer sunrise painting of the sky behind the Ferris Wheel from red to orange.

As the season changed to fall the boardwalk changed also. The sounds and smells of the summer of 2013 faded into the salt air and melted into the future as the stores and restaurants closed one after another.

The winter of 2013 was brutal, but my favorite time of the year. I love the snow and the quiet the winter brings. Taking photos in the snow on the dark, quiet boardwalk late night and being the only one on the entire boardwalk, can make the hair stand up on the back of your neck!  I have to admit, it can be scary at 11 pm driving thru the dark streets. park and walk up the ramp to a lifeless boardwalk.

I want to thanks everyone who helped me when I could not be there to take a photo and shot one for me. See you in the Woods!