We have been overwhelmed by the numbers our Facebook page  www.facebook.com/theboardwalkblog  has received before during and after Storm Jonas. 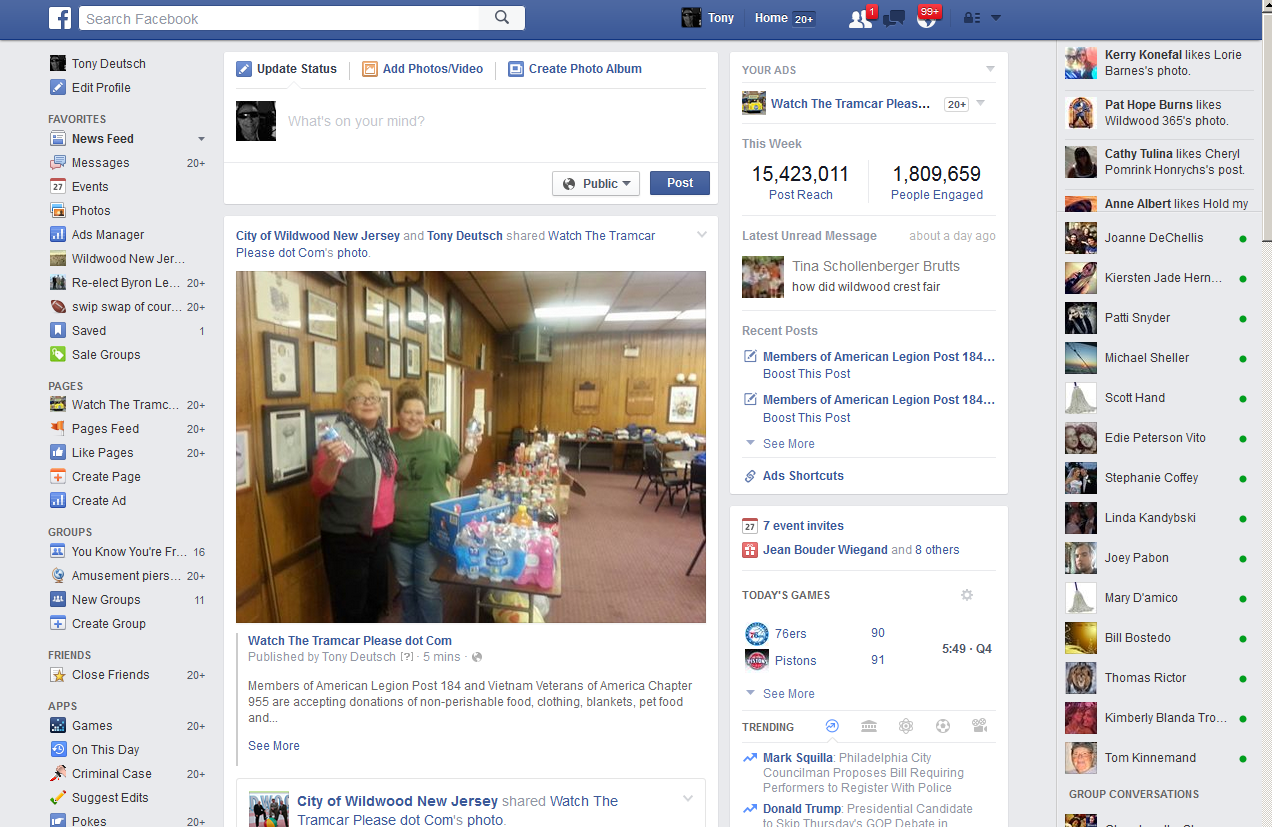 The record flooding was the worse The Wildwoods has ever seen mean low tides over 9ft.

We had reporters all over the island reporting day and night. I cannot count how many put Philadelphia news agency’s have contacted me during this last storm, at least 20.

We are proud to be the leading source for new, photos, videos and information as it is happening in The Wildwoods.  Unlike most other news print and radio sources from the area who report on it day’s or months later, at that point it’s already old news.

We are proud to announce that we have signed an agreement with a news group to use our material for their news clients like, Reuters, The Washington Post, NY Times, Associated Press, NBC, ABC, CBS, Fox News, Philly.com, New York.com and more!

Stay with us, The Boardwalk Blog for news as it’s happening