USS Moonstone was a coastal patrol yacht in the service of the United States Navy. She was built in 1929 as Nancy Baker by Germaniawerft in Kiel, Germany, later renamed Mona, and subsequently acquired by the Navy as the Lone Star on February 10, 1941. Renamed Moonstone and designated PYc-9, she was converted for Navy service in Jacksonville, Florida, and commissioned on April 10, 1941. She was named for the gemstone moonstone. 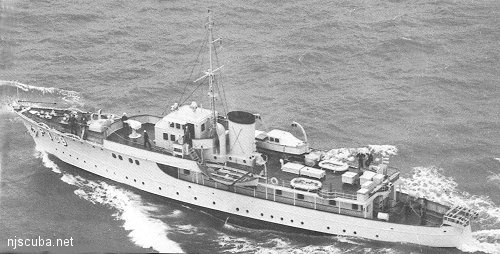 On May 2, 1941, Moonstone sailed for patrol duty with the Panamanian Sea Frontier. She later sailed to Ecuador on January 2, 1943, to aid in training that country’s navy. In March 1943 she sailed to Charleston, South Carolina to prepare for permanent transfer to Ecuador. On her return at Balboa, Panama in July 1943, cracks were discovered in the cylinder blocks of her engine, and she was sent north for repairs. On October 16, 1943, off the mouth of Indian River, Delaware Capes,she collided with USS Greer and sank immediately. All but one of Moonstone’s complement survived. She was struck from the Naval Register on October 26, 1943.