Yesterday about 100 people peacefully protested on the Wildwood boardwalk during the national anthem outside a shirt shop. 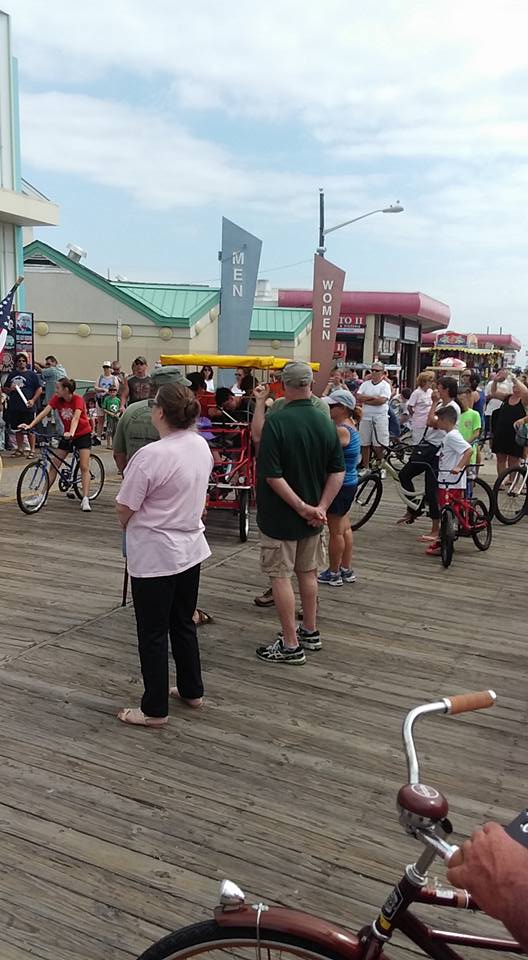 This all started after someone said that the store owner would not turn down the music in his boardwalk shirt store during the national anthem.

Social media has been blowing up with this story. so we talked to some of the protesters and got the REAL story.

Wildwood American Legion Commander Harry Weimar and Vince DePrinzio told me last night that the protest was peaceful and they talked to the owner of the store. 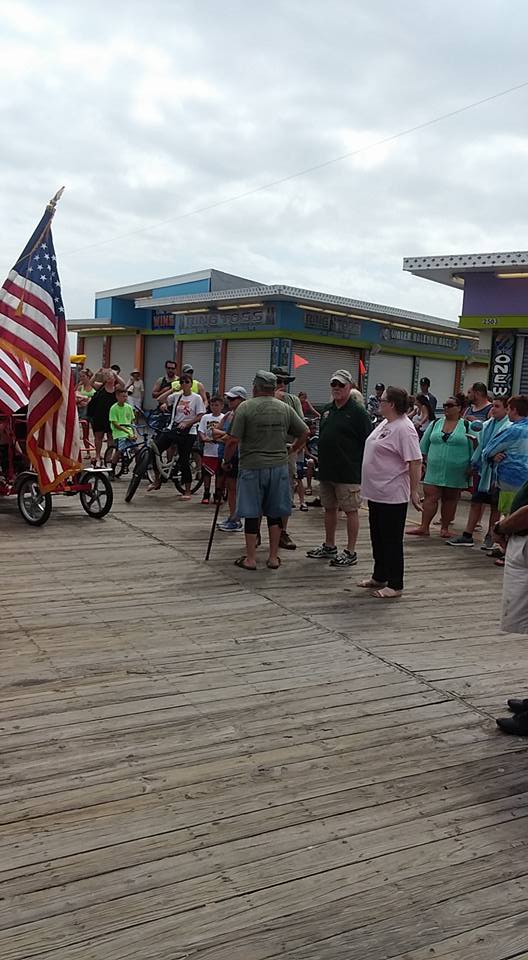 The owner said that he just arrived at his store and was opening up when someone started screaming at him to lower his music and they got into it and the store owner told the person to %#*(^+-*.   According to the Harry and Vince the owner admitted to cursing but never said anything about the flag or national anthem.

The reason we have not posted this when it first happened is because it’s just hearsay unless we see a video of what people were claiming, and their is none.

Yesterday the owner turned down the music and said he will everyday during the national anthem.

We believe you cannot just ruin a person’s business by boycotting and protesting until you have the whole story and talked to both sides..

Photos and videos by Julie Jean

The owner of the shirt store posted this sign yesterday..

We hope this ends all the hateful comments and puts this story to rest.

They admitted it was their employee who caused the problem and apologized publicly for all to see Let’s enjoy our summer and God Bless America! 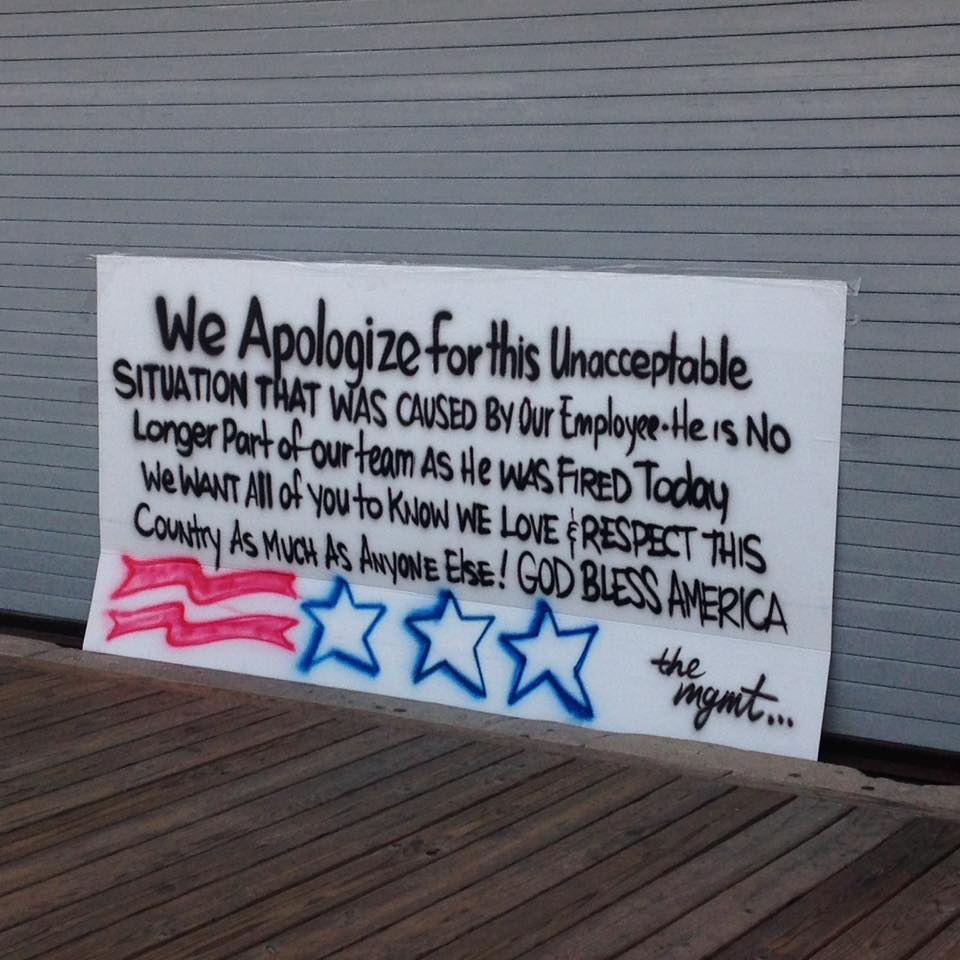