Unless you have been living under a rock.. you have heard of Pinterest.

Pinterest is a pinboard-style photo-sharing website that allows users to create and manage theme-based image collections such as events, interests, and hobbies. Users can browse other pinboards for images, “re-pin” images to their own pinboards, or “like” photos. The site was founded by Ben Silbermann, Paul Sciarra

Does the name Paul Sciarra ring a bell? it should… his Uncle Mike Sciarra owns Kona Sports and his Cousin Brendan Sciarra owns The Dog Tooth Bar and Grill, Poppis and Mudhen. Yes it is true folks.. they are Cyber-World Royalty 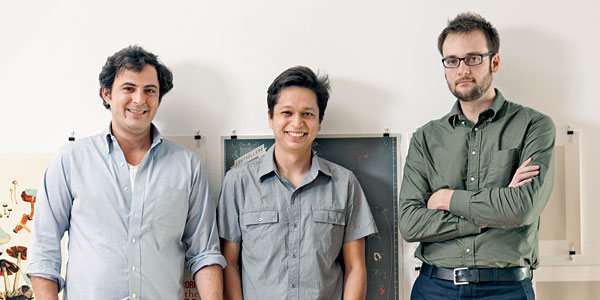 Development of Pinterest began in December 2009, and the site launched in March 2009. Nine months after they launched the website it had 10,000 users. The launch of an iPhone app came in early March 2011.

In December 2011, the site became one of the top 10 largest social network services, according to Hitwise data, with 11 million total visits per week.

Co-founder Paul Sciarra left his position at Pinterest in April 2012 for a consulting job as entrepreneur in residence at Andreessen Horowitz.

In October 2013, Pinterest won a $225 million round of equity funding that valued the website at $3.8 billion. Forbes values them at 7.7 billion.

Sciarra, in a Pinterest blog post, confirmed his departure and said he accepted a position as Entrepreneur-in-Residence at Andreessen Horowitz. “After lots of reflection and plenty of discussion with Ben and others, I’ve decided that now is a good time for me to step down formally from day-to-day involvement,” he said. “Of course, I’ll continue to be there for the company: now, as an advisor, an owner, and — as always — a dedicated pinner.”

Click on the Photo to Watch Wildwood Historical Videos