I wonder what the late great Mayor of Wildwood, Freddie Wager, would make of this, how he would react?

Freddie was a great one for riding with the Boardwalk inspector – position now gone – and leaping out of the cart to grab bicyclists on the Boardwalk after 11 a.m. and escort them off. 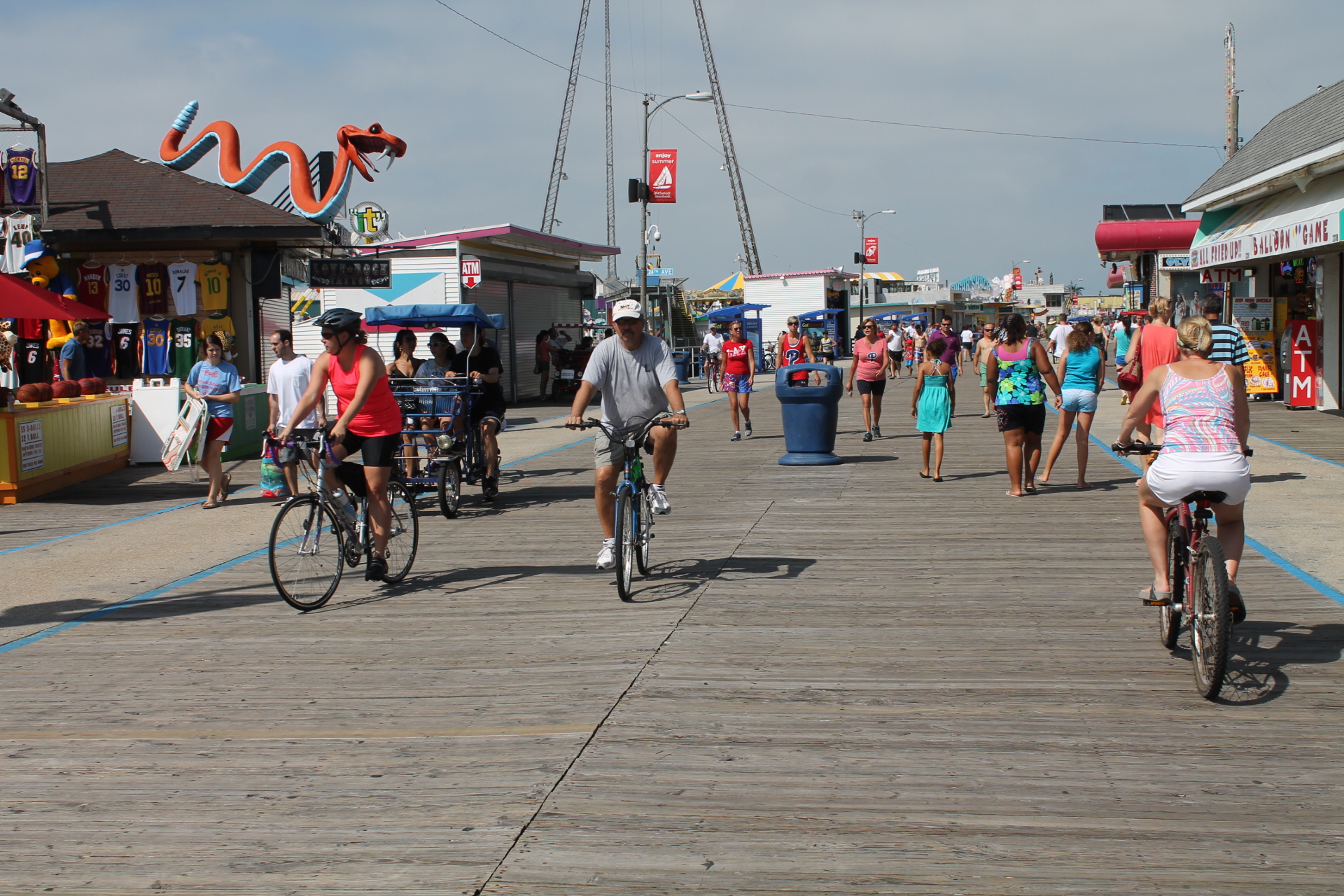 Maybe I’m getting cranky in my old age, but nothing spoils a great breakfast at Harry’s Corner than to go for a stroll on the Boards afterwards – after 11 o’clock – and have to dodge the oblivious bikers – big-ass tandems included – who cruise along even after the loudspeaker announcement that comes after Kate Smith sings “God Bless America” saying that bikes have to be off after 11 to make way for the Tramcars and requests riders to leave by the nearest exit. 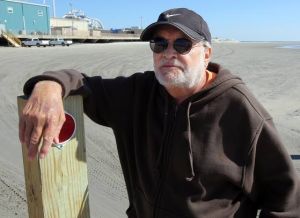 Yo. Fat chance. And the Class II cops in their sidearms and armored vests mostly stand there as the bikes flow around them or ride and sit in their carts, seemingly oblivious themselves.

On Sunday I couldn’t take it any more and sarcastically asked a Class Two-bie, “I guess bikes are allowed up here all day Sunday, huh?”

Today, Monday, I asked another cop and he said he understood it was 12.

I went into the visitors center and asked one of the women there when bikes have to be off. She said, “The ordinance says 11, but the cops say 12.”

“They don’t enforce it anyhow,” I said.

“You got that right,” she said.

For the record, I E-mailed North Wildwood Mayor Patrick Rosenello, who is also director of the Special Improvement District, Management Corporation, which oversees the Boardwalk, a request for clarification. He promptly answered: “The Wildwood Ordinance says that it is 11 unless North Wildwood changes to 12 then it would be 12. North Wildwood never changed to 12 so Wildwood is 11.”

Somebody better tell the cops up there for several reasons: first, they should know the law even if they’re not so hot at enforcing it. Second, and perhaps equally important is that inevitably – Murphy’s Law style – someone on a bike is going to run into a pedestrian (God forbid a little kid) causing serious injury after the legit bike hours and that stroller is going to sue everybody in sight for not enforcing the ordinance.

Or maybe Freddie Wager left some DNA we can clone into a posse of Bike Watchers.