FREE Concerts every Sunday at 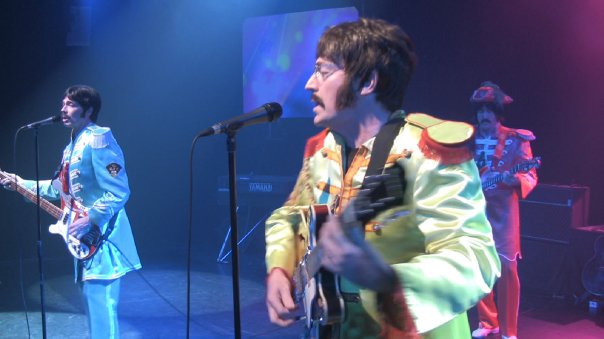 Building on ten years as one of the premier Beatle Tribute acts in the world, the Mahoney Brothers decided in 1987 to expand their musical impersonation act to include many of their favorite early rock and roll influences. The result was “Jukebox Heroes Live”.

With the same attention to detail that marked their highly successful “Long Live The Beatles” production, the Mahoneys initially added tributes to such musical luminaries as Elvis Presley, The Beach Boys, Rick Nelson, The Everly Brothers, Jerry Lee Lewis and Buddy Holly. After several tours around the country, “Jukebox Heroes Live” settled into a two-year residency beginning in 1990 at Six Flags Great Adventure’s Music Box Theater, the same stage where years earlier they had performed to packed houses with “Long Live The Beatles”.